Mingechevir
History
Culture
Education
Mingechevir
Mingachevir, sometimes spelled Mingechevir (in azeri: Mingəçevir), is the fourth-biggest city in Azerbaijan. There are about 100,000 people. It is known as the “city of lights” because of its hydroelectric power station on the Kur River.
History

Despite the fact that Mingecevir is a young town, the territory where the town is located is known as an ancient abode. The history of this abode covers a period from the eneolith era (3000 BC) to the AD 17th century. It was the chairman of the Caucasus archeological committee, A. I. Berje, who first gave information about the archeological monuments of Mingecevir at the second congress of archeologists in St Petersburg in 1871. Although this information was not precise, Berje presented Mingecevir as an ancient settlement.

After this, Mingecevir remained out of archeologists’ attention for many years. Archeological researches resumed in Mingecevir only in mid-1930s as part of the construction of the hydroelectric power station. The researches started under the leadership of Prof. Pakhomov in 1935. These researches revealed two ancient settlements and cemeteries, which were composed of various types of graves. Unfortunately, World War II prevented the research being completed.

The construction of the hydroelectric power station started immediately after the war. This marked a start of systematic and planned research of Mingecevir as an ancient abode. Archeological excavations were carried out from April 1946 to August 1953 by a group of archeologists headed by S. M. Qaziyev in connection with the construction of the Mingecevir hydroelectric power station under a decision by the Supreme Board of the Azerbaijani Academy of Sciences. Over 20,000 historical monuments – graves and tumuli, means of production, things related to daily life, jewelry etc., which reflected historical periods in chronological sequence, were found during the excavations.

Most ancient written monuments in Caucasian Albanian alphabet and other archeological finds proved that Mingecevir was a 5,000-year-old abode. The majority of these finds are currently exhibited in the Azerbaijani Historical Museum, while part of them is held at the Mingecevir Historical Museum.

History knows a great deal of facts about ancient Mingecevir. Historical sources indicate that a fierce battle took place between the powerful army of Roman commander Pompey and the army of Albanian governor Oris just on the territory of the current dam on the bank of the River Kur in the 1st century BC. Historical facts also prove that the ancient Silk Road laid via Mingecevir.

Renowned Turkish traveler Evliya Çelebi, who lived in the AD 17th century, wrote about Mingecevir and described it as a large settlement on the right bank of the River Kur near the Bozdag Mountain. According to him, several mosques, workshops manufacturing fiber silk and silk cloth, bathhouses etc. were operating in this settlement. Interestingly, the road passing from here used to be called the “road of messenger”. The “road of messenger” was connecting lots of camelcade and trade roads to Middle East countries and Azerbaijani towns like Saki, Qabala, Samaxi, Barda, Beylaqan and others.

Today’s Mingechevir, which was built in connection with the hydroelectric power station, was granted a status of town in 1948. The population of the town currently stands at 120,000 people, including 20,000 internally displaced people from Karabakh and the occupied adjacent districts. The area of the town is 139.53 km². Mingechevir is situated 55 meter above sea level on the foothill of the southeast of the Bozdag Mountain chain and on the edge of the Mingechevir reservoir in the Kur-Araz lowland in central Azerbaijan. The town was built in a mild and warm zone and has warm and dry summer, while mild winter. The average annual temperature is 14 – 15 °C, highest temperature 42 °C (July–August) and the lowest temperature (January–February) -10 °C. The average annual rain constitutes 250–300 mm.

The town lies on both banks of the River Kur – a 1515 km-long river, which is the biggest and longest one in the South Caucasus. (The river originates from Turkey, runs down Georgia and Azerbaijan and flows to the Caspian Sea.) Mingechevir is situated in 280–300 km west of the capital of the republic, Baku.
Mingechevir has been developing speedily over the last 54 years, since it has been established. Mingechevir, which is currently considered to be the fourth town of the country both for its economic potential and the number of population, is one of the central towns of the republic in terms of energy, industry, science, education and culture. The number of able-bodied people in Mingechevir is 53,000, while the number of people actually involved in labor is 16,000. The number of people engaged in small-sized businesses stands at 4,000 people

Sixteen public libraries with 406,677 books in total are operating in the town. The number of subscribers in these libraries stands at 46,282 people. Every book is requested 2.9 times in average annually, and readers took books from libraries 904,395 times last year.

The Mingacevir Historical Museum was established in January 1968. The museum has two branches – Martyrs’ Memorial and Independence Museum. The museum has 14,461 exhibits.

The number of exhibits in Mingacevir Gallery is 310 pieces.

There are 8 clubhouses, including the Martyr Azar Niftaliyev clubhouse, S. Vurgun clubhouse, N. Narimanov clubhouse and others, in the town. Town residents also enjoy parks, like Sahil Park and Friendship Park.

There are 3 musical schools – Hacibayov School, Bulbul School and Martyr Qasimov School – in Mingacevir.
The study in these schools lasts 7 years. A total of 1,500 students study at these schools, and 350 professional teachers train them.
These schools have different courses on tar, kamanca, nagara, saz (national musical instruments), piano, violin and vocal.

The Davudova Mingacevir State Theatre was established on the basis of folk theatre in 1969 (Pic 21). Every clubhouse has its own ensemble. There are also singing and music circles, as well as training courses on computer, tailoring, board games, military patriotic and arts are functioning in the clubhouses.

Mingechevir is also one of the central towns of science, education and culture.
There are two institutions of higher education, one college, 20 high schools, 3 musical schools, one private Turkish lycee and a drivers’ training school in the town.

A total of 1,814 teachers and 471 mentors engaged in education in the town.
A total of 18,125 students study at high schools in Mingechevir, while 200-250 students graduate from schools every year.
In 2002, 274 graduates entered various higher education institutions in the republic and abroad.

These centers are of great importance to let children obtain new skills and knowledge and to reveal ingenious young people.

There are 21 nursery schools in Mingechevir.
A total of 2,825 children of different ages
are brought up in these nursery schools. Two
of the nursery schools – No 10 and 16 – switched
to the “step by step” methodology devised
by the Open Society Institute (USA) in March
1998. 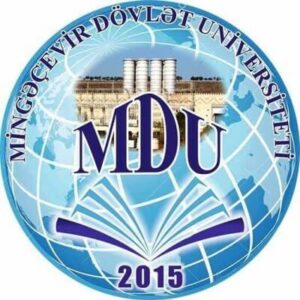 This institution of higher education started as a branch of the Azerbaijani Oil Academy in 1991,
but became independent and was developed into Mingechevir Polytechnic Institute the same year.

The institute offers specialties as follows:
the regulation of economy; management of economy;
state and municipality management; heating and
electric power stations; mechanical engineering;
vehicles and tractors; technical exploitation
of vehicles; organization of vehicular traffic;
electro insulation; cables and condensers; information
processing and automation of management systems,
and repair of vehicles and services. A total
of 1,210 students are currently studying in
the institute. Of these, 1,200 students study
for bachelor’s degree, while 10 for master’s
degree.

The number of staff of the institute is 150, of which 52 are doctors of science and candidates of sciences.

There are wide lecture halls, laboratories, a canteen, a reading hall, a library, a gymnasium, an assembly hall etc in the institute.
A computer center, which was established by the Soros international humanitarian organization and connected to the Internet, operates in the institute.

The Mingechevir branch of the Azerbaijani Teachers Training Institute
This institute of higher education was established on the basis of Mingechevir Polytechnic college in 2002.
The institute prepares specialists in the following areas:

– pedagogy and methodology of pre-school education

– pedagogy and methodology of secondary education

There are also training courses on improving
teachers skills in the institute. The number
of students in the institute is 520, while the
number of staff is 80, including 13 doctors
and candidates of sciences.

The school was established in 1991. There are 17 study halls at the school: anatomy, therapy, surgery, pediatrics and others.

The school offers specialties as follows:

– orthopedic stomatology
– nursery
– laboratory diagnosis
– pharmacology
There is a computer room at the school. What is more, every study hall was equipped with computers.
A total of 594 people are currently studying at the school, and 47 teachers with university degree instruct them.
The principal of the school is honored doctor of Azerbaijan Mammad Lala oglu Mammadov.
The school is situated at 27 Tabriz St., tel.: (994 147) 6-18-69; fax: (994 147) 6-29-28;
email: mrovshan@mail.ru